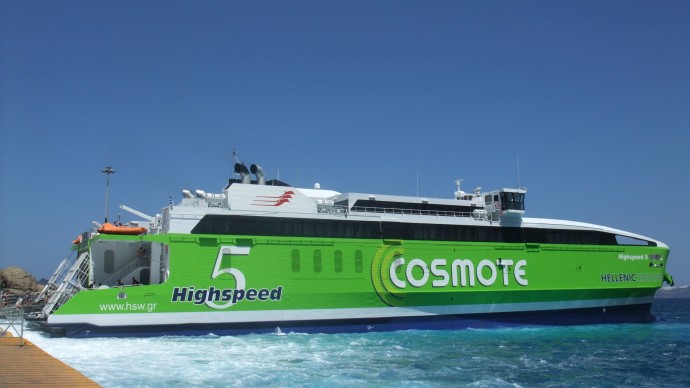 Santorini is one of the most famous and visited islands of Greece, so it is very easily accessible by ferries and fast boats.

There is at least one ferry daily from Piraeus (Athens) via Paros, Naxos to Santorini and back. As well as depending on the season several times a week also connections e.g. to Crete, Rodhos, Kos, Ios, Anafi, Folegandros, the Western Cyclades and the Eastern Cyclades.

In July and August the ferries can get really crowded. If you have your car with you, you should book your ferry ticket early during this time. The same is true for passenger tickets for ferries from Santorini to Piraeus in mid-August. Around this time is the main departure wave from Santorini and it happens that ships are fully booked. Yes, even the big ferries!

It is good to print out the ferry schedules from the Internet or take them digitally, preferably shortly before the trip. Of course, you can also look at the current ferry schedules online on your smartphone. We recommend gtp.gr and openseas.gr, as well as the websites of the shipping companies. In addition, you should always keep an eye on the ferry schedules in the ferry offices on Santorini and also ask whether the desired ship really goes.

If you have to reach your plane in Athens, you should not rely on a particular ferry, because ferries can also fail. Be it due to a technical defect or because of the weather, which can change quickly.

With the daily Blue Star ferries - Blue Star Delos and Blue Star Patmos - you can reach Santorini in 7.5 to 8 hours from Piraeus. Older ferries usually take a little to much longer. Faster you can reach Santorini with speedboats or big catamaran ferries from 4.5 hours. These ships are faster, expensive, more susceptible to wind and often you can not get on the deck, but especially among the Greeks they are very popular and on some routes there are hardly any alternatives.