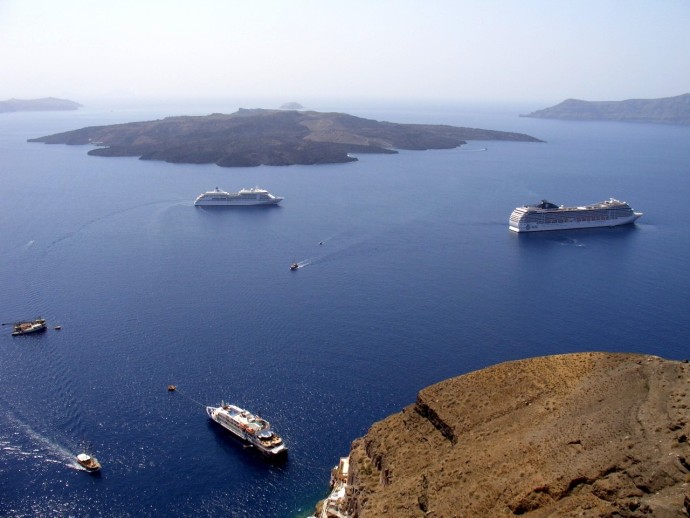 Santorini - The most beautiful island in the world?

Is there a more beautiful island than Santorini Island? The answer should be easy for many people. The Santorini Islands, which are pronounced in German without the final vowel, that is, as Santorini, are attracting more and more visitors. Thousands of tourists visit the island. It gets especially crowded when passengers from cruise ships come ashore.

Anyone who has ever been to this island has immediately fallen in love. The island is different from anything we have seen before. Similarities in terms of beaches it has, for example, with the Canary Island of Lanzarote. The island of Santorini is the flagship, practically a synonym for Greece. Actually, it is also a name for a whole group of islands. Thira is the main island, to which belong the other islands like Thirassia, Palea Kameni, Nea Kameni and Aspronisi. Santorini is located 100 kilometers north of Crete. The land area is 90 km². 80 percent of it falls on the main island Thira.

Its shape is particularly striking. It resembles a crescent moon that opens to the west. The island was formed about 1,600 BC, as a remnant of a volcanic eruption. On the crater rim, the villages of Imerovigli, Oia and Fira were formed in the course of history. The special feature: Many houses are built into the hillside and visitors are always surprised that they do not fall into the sea. The view from the 300 meter high crater rim, in the middle of the deep blue caldera, is unique and so imposing that you would like to stay there for hours.

The best time to travel

From May to September there is hardly any rain, temperatures regularly rise above 30 degrees. Clouds are hardly to be seen in the sky during this time. In July and August it gets really hot. The number of tourists increases and it becomes crowded on the island. Therefore, the time April / May and September / October is the best time to travel to admire the island in its originality. It should be noted that in April and October there can be frequent rainfall and temperatures can often fall below 20 degrees. 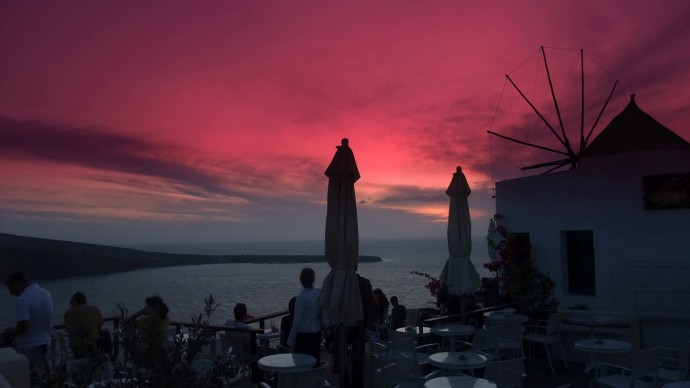 Here there is simply everything

For every desire, for every hobby and every sport you can find attractive opportunities on the island. Whether from adventure to luxury. For every wallet, the island of Santorini offers an unforgettable experience in a natural paradise that is unique in this form.

Large yachts are also available on a rental basis at any time. However, it seems most beautiful if you do without this luxury and discover the island in its original form. On foot, on a bicycle or even on horseback. The postcard idyll with the blue sea and the magnificent white houses can be found in the villages of Oia or Fira. Partly, the main town of Fira is so crowded by tourists that the pleasure is a little clouded. Especially when a cruise ship has disgorged thousands of vacationers. Nevertheless, away from the caldera, true beauties and deserted places can be discovered. Santorini is still one of the most beautiful islands in the world.